So, the ultimate daddy threat or joke has to be the “I can get my pliers” threat when a child has a loose tooth. I don’t know how many times I have heard it over the years so of course I was so mad I missed seeing it actually happen,  in my own home.  While putting my son to bed my daughter got out of bed because her loose tooth became a dangler and a fair amount of blood was involved.  According to Dad she twisted and pulled but to no avail. He offered to employ the pliers from his Swiss Army knife and she accepted.Twice! Even after the pliers slipped once she let him go in a second time. “She’s tough” he said later and he admitted he had to not let on it was grossing him out when she was twisting and pulling on it.
I received a text while still upstairs putting my son to bed. I had suspected my daughter had yanked her tooth out but the text (yes we text each other from different rooms of the house) just said “you better check on her.” She was ridiculously excited to tell me about the pliers.
Sometimes it’s just best to let Daddys and Daughters muck about with a Swiss Army knife while Momma’s not looking. 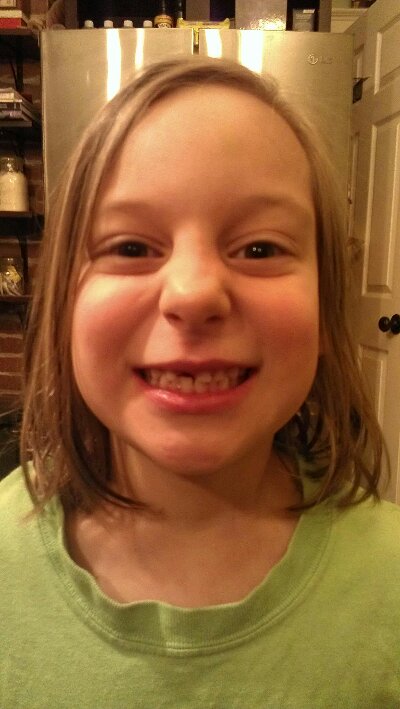